Welcome to the Wildlife Coexistence Lab at UBC! 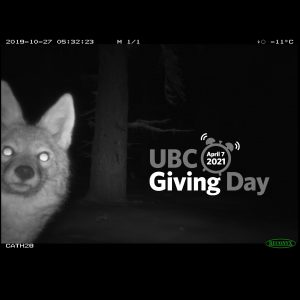 We are excited to share that the WildCo Lab is a part of UBC’s Giving Day on April 7! As Giving Day approaches, we’ll be on social media highlighting different projects in the lab and sharing how your donations could help support our work. Follow along on Twitter, Instagram, and Facebook to get the latest […]

We are excited to share that the WildCo Lab is a part of UBC’s Giving Day on April 7! As Giving Day approaches, we’ll be on social media highlighting different projects in the lab and sharing how your donations could help support our work. Follow along on Twitter, Instagram, and Facebook to get the latest updates about the wildlife conservation work we’re doing and for a chance to win prizes with your wildlife knowledge! We hope you’ll join us on April 7 and help us reach our goal of 20 donations (big or small!) to unlock $2000 from the Faculty of Forestry. To make a donation or learn more about Giving Day, visit https://bit.ly/3ffhKWw. 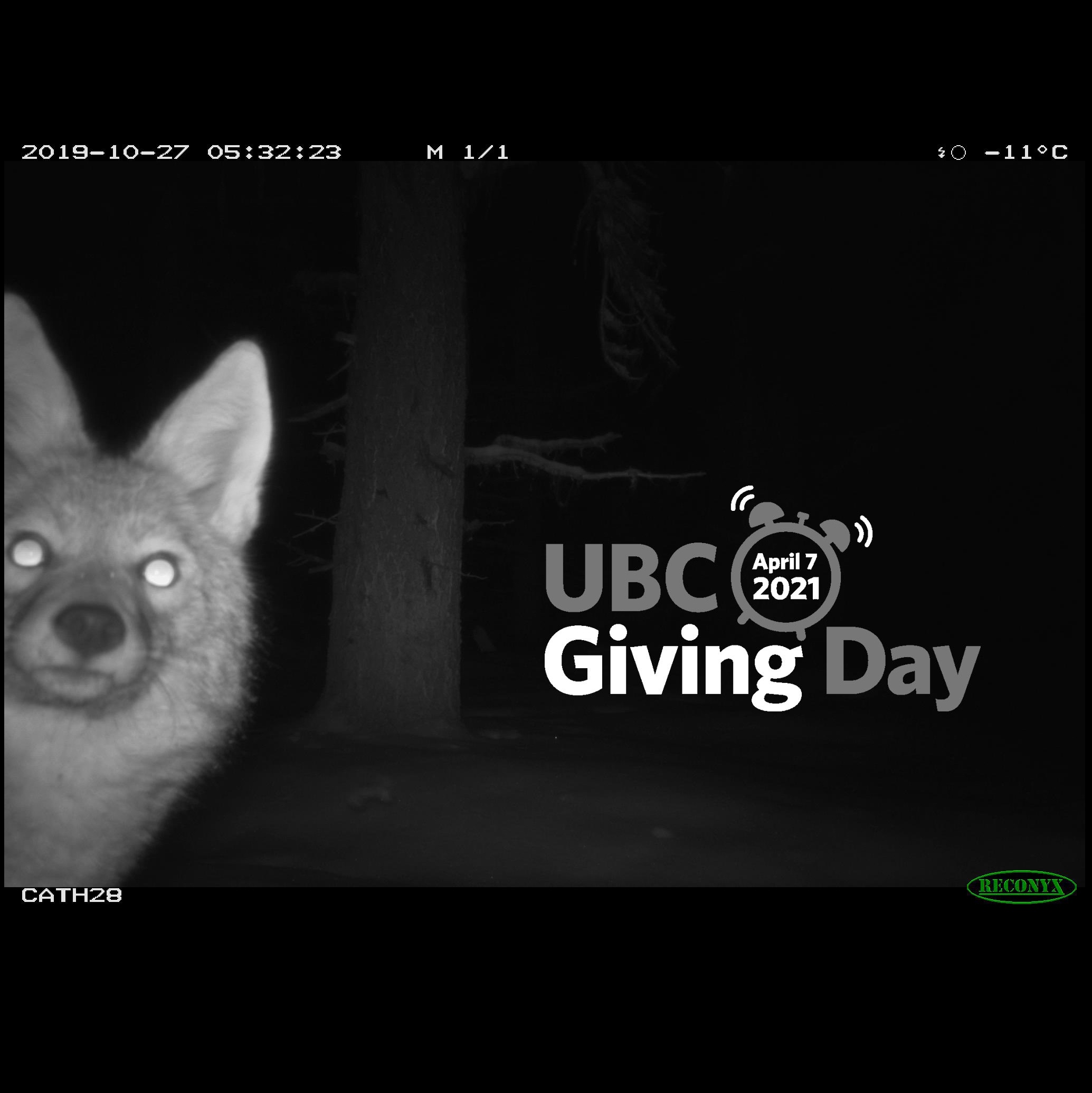 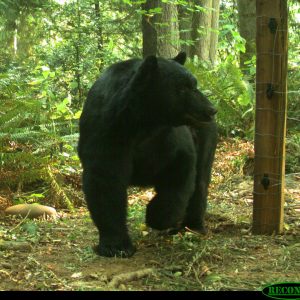 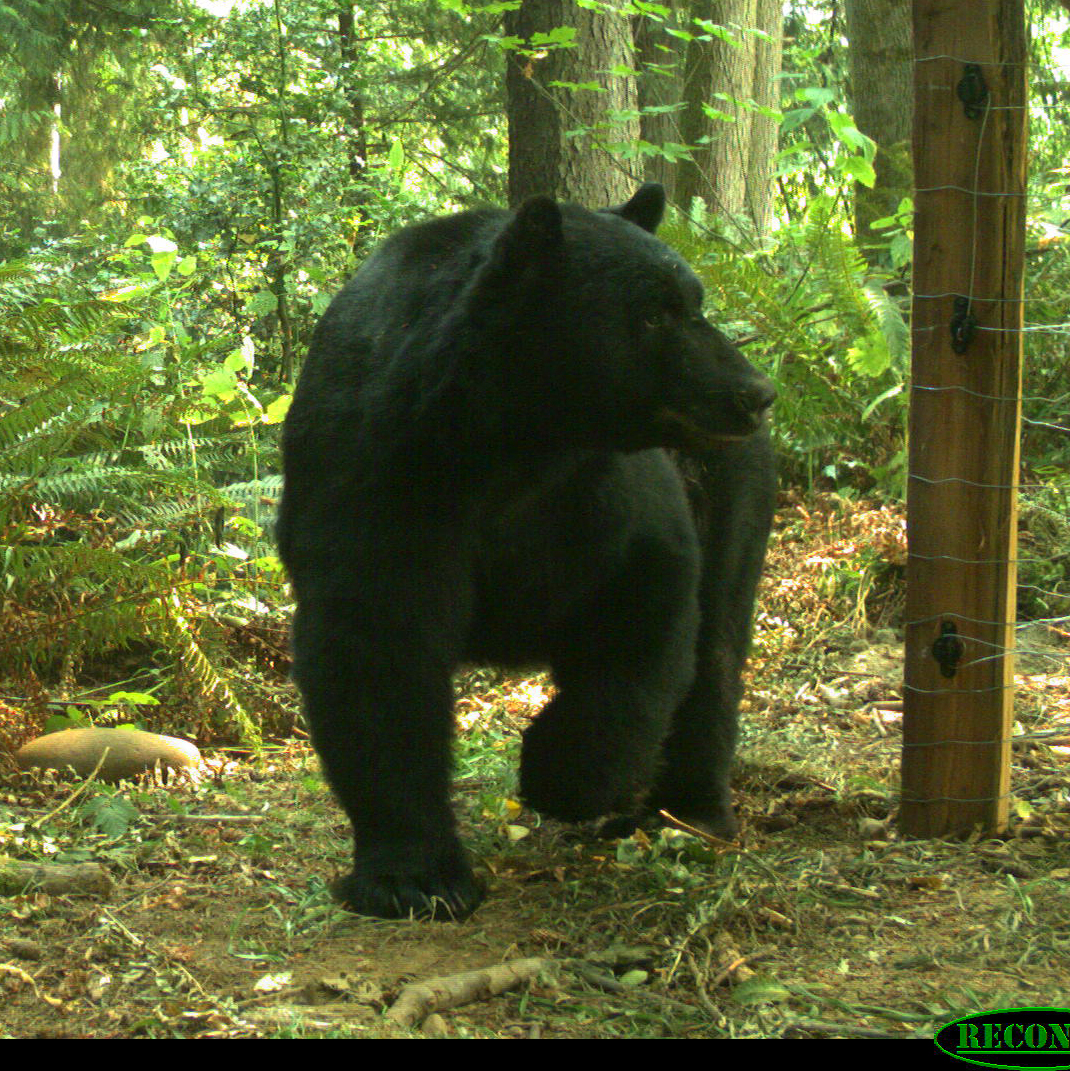 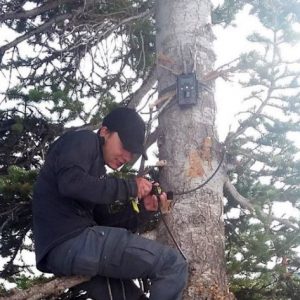 Becoming a master’s student and studying the grizzly bear in the age of COVID-19 and social justice movements: a brief reflection
July 20, 2020

Introduction: my path to graduate studies By: Chris Colton (MSc Student) Two years ago, in the summer of 2018, I was preparing for the final semester of my undergraduate degree at UBC. I was lucky enough to have a great mentor and friend at the time named Zoltan Mityok who was an MSc student in […]

Becoming a master’s student and studying the grizzly bear in the age of COVID-19 and social justice movements: a brief reflection

Introduction: my path to graduate studies

Two years ago, in the summer of 2018, I was preparing for the final semester of my undergraduate degree at UBC. I was lucky enough to have a great mentor and friend at the time named Zoltan Mityok who was an MSc student in the Integrated Remote Sensing Studio (IRSS). I spent a week working with him that summer, collecting camera traps he had set up around the mountains of Lillooet, Squamish, and the Fraser Valley. My first introduction to camera traps! 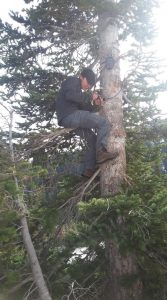 My first introduction to camera trap field work! I had to climb a tree to take this camera down because it was set up when the snow pack was much higher.

I continued to volunteer for Zoltan throughout the fall, and I became intrigued with his work and the idea of doing something similar. I approached Zoltan’s supervisor, Nicholas Coops, and expressed my interest in Zoltan’s project. He initially hired me to create a new online course in geomatics, with the hopes of finding a suitable master’s project for me in the future. So, I started working in the IRSS in the winter of 2019, while also working as a part time research assistant in the geography department and environmental economics department of UBC.

In the summer of 2019, I started working in the IRSS full time. I worked down the hall from the Wildlife Coexistence Lab, and I found myself constantly stopping by their research board and learning about their work. While the applications of remote sensing were interesting to me, I was specifically interested in its applications for wildlife research.

Towards the end of the summer, there was an opportunity to be co-supervised by Nicholas Coops and Cole Burton for a master’s thesis researching the effects of forestry operations on grizzly bears. I felt like it was a perfect fit for me, and I jumped on the opportunity!

The biggest lesson I learned from my path into WildCo and the IRSS was how important building relationships is. Just being genuine and honest with people about my interests and my goals went a long way, and I think that is an important lesson for anyone looking to start their career in academia or other fields.

My project has two parts, the first is a literature review to summarize what we know about the effects of forestry operations on grizzly bears in North America and to synthesize management recommendations for grizzly friendly forestry practices. In the fall of 2019, I began reading scientific papers, government reports, land use plans, forest stewardship plans, legislative acts, and almost anything I could get my hands on that was relevant to the story of grizzly bears and forestry. I also contacted a variety of researchers and industry professionals to get some expert perspectives and build my collection of literature. 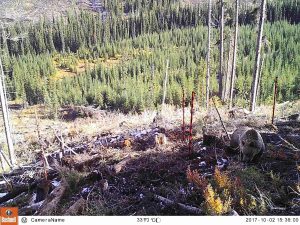 A grizzly bear probably looking for some food in a cut block from the Squamish-Lillooet area (Zoltan Mityok).

The second part of my project was an empirical case study, which would require data. So, during my contact with researchers and industry professionals I was also constantly probing for the possibility of accessing some sort of spatial grizzly bear data. Eventually, I got in contact with WWF researcher and adjunct UBC professor, Robin Naidoo. He was happy to have me work with him on his camera trap data in the South Chilcotin Mountains.

The winter semester of 2020 was a busy time. I was preparing my research proposal for my first committee meeting, taking two courses, TAing two courses, and volunteering. At the start of 2020, I felt like there was already a lot going on. The actions going on in Vancouver to stand in solidarity with the Wet’suwet’en peoples sparked a lot of conversations within my family, friends and working life. As a settler-Canadian working and playing on the unceded traditional territories of the Musqueam, Squamish, and Tsleil-Waututh peoples, it is my responsibility to educate myself about the history of Canada and how colonisation has shaped, and continues to shape my life, the field of wildlife conservation, and the decisions made in land management.

Later in the semester, UBC shut down due to the unprecedented situation of the COVID-19 pandemic. My classes moved online, my TA’ing moved online, everything moved online. Suddenly, I was never leaving my house, and in zoom meetings multiple times a day. It was an adjustment, but I was really impressed with the support of UBC, my supervisors, and my lab mates. It gave me a greater appreciation for the community you build in your lab. 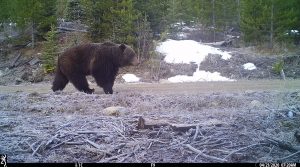 After my winter semester finished, I got into a nice groove of writing. The framework for my review about the effects of forest harvesting on grizzly bears was coming together nicely, and I began the iterative process of write, read, edit, revise, repeat. Then, on May 25th, I watched with the rest of the world, the murder of George Floyd, an unarmed black man, by a white police officer. The subsequent demonstrations by Canadian and US citizens demanding for change in law enforcement and other forms of systemic and institutionalized racism has been inspiring to watch and support.

As a preface, I am a white able-bodied heterosexual male, and I do not speak for marginalized or oppressed communities. However, I am continuously learning what it means to hold the space that I do, and I hope that my reflections provide some insights for those unlearning what many of us have been taught for a long time.

Since April, at least 5 BIPOC people have been killed by police in Canada during wellness checks*. As I’ve been reading, learning, and listening to the teachings and stories of racialized people in Canada and the US, I’ve learned a lot about how BIPOC people are treated by the state and state sanctioned institutions and systems of our society. I’ve also learned how to continually question the status quo and practice my ally ship with different marginalized communities. One of the most important lessons I’ve learned about myself, is how I can use my platform and my privilege to invoke critical thought about racism in my field. I was proud that in WildCo, we have taken the time to discuss racism, and how to continually practice anti-racism in our world of academia. That is not to say that we are off the hook, we aren’t. We have a lot of work to do, I have a lot of work to do. But I feel extremely lucky to be apart of a lab that has taken the initiative to challenge each other to be better.

A great article that we used to discuss anti-racist practices in our lab.

I’ve learned a lot about grizzly bear biology and ecology, and I am excited to share what I’ve found. The thing is, as much as I love what I study, and as much as I am an advocate for grizzly bear conservation and responsible land management, I’ve learned social issues are embedded in everything we do, no matter what it is we do. Yes, I study grizzly bears, but as I practice anti-racism in all aspects of my life, I have provoked critical thought about oppression in my wildlife research, as I should. On the surface, it may seem like the discussion of racial oppression and grizzly bear research is unrelated. However, as many already know, it’s deeply connected, and I hope to continue to strive for greater inclusion in my field. If anti-racism is not practiced in research and in academic labs, then different types of knowledge, peoples, and perspectives are effectively repressed. As a result, inclusivity, diversity and anti-racist practices ultimately leads to better research, better relationships, and better communities.

I am extremely lucky to get to work with so many great minds from WildCo and the IRSS. I have learned as a grad student, you often get as much out of an opportunity as you put into it. The more connections you make, the more researchers you talk to, the more you are involved with your lab and its network, the better your research is. I hope to continue to build relationships, and continue to work hard to challenge myself to listen, reflect, think, educate, critique, learn and unlearn, while recognizing the impact of my actions in the past and in the future.

I am looking forward to sharing the findings of my review and working more with Robin Naidoo and his camera trap data in the South Chilcotin Mountains. Big thank you to UBC, IRSS, WildCo, and Grizzly Bear Foundation for their continued support.

*Links to the news articles from Global News or CBC 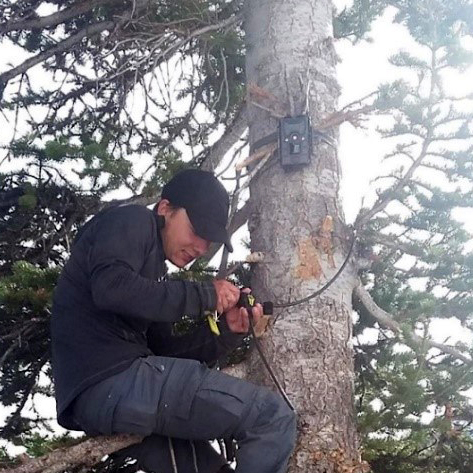